ACEs to Assets – Fostering Resilience in a Stressed Culture 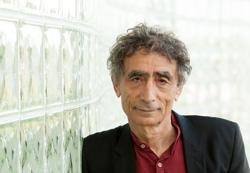 Dr Gabor Maté  – Gabor Maté (pronunciation: GAH-bor MAH-tay) is a retired physician who, after 20 years of family practice and palliative care experience, worked for over a decade in Vancouver’s Downtown East Side with patients challenged by drug addiction and mental illness. The bestselling author of four books published in twenty-five languages, Gabor is an internationally renowned speaker highly sought after for his expertise on addiction, trauma, childhood development, and the relationship of stress and illness. His book on addiction received the Hubert Evans Prize for literary non-fiction. For his groundbreaking medical work and writing he has been awarded the Order of Canada, his country’s highest civilian distinction, and the Civic Merit Award from his hometown, Vancouver. His books include In the Realm of Hungry Ghosts: Close Encounters With Addiction; When the Body Says No; The Cost of Hidden Stress; Scattered Minds: The Origins and Healing of Attention Deficit Disorder; and (with Gordon Neufeld) Hold on to Your Kids: Why Parents Need to Matter More Than Peers. He is an Adjunct Professor in the Faculty of Criminology, Simon Fraser University. To learn more, join his e-news list at www.drgabormate.com. 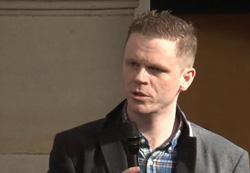 Darren McGarvey is a Scottish author, musician and social commentator.  He is widely known for his book Poverty Safari: Understanding the Anger of Britain’s Underclass, which won the Orwell Prize in 2018, and which continues to garner positive reviews and media coverage for its unique blend of memory, journalism and polemic on the topic of poverty.  In the musical world, he is known by his alter-ego, Loki the Scottish Rapper.  A string of successes have led him to become one of Scottish hip-hop’s most influential artists.  As a social commentator, he is a regular contributor to media publications including The Scotsman, the Independent, the Guardian, Question Time and  BBC Radio 4’s Start The Week.  We are delighted to have him join us on the platform at this unique event, exploring adversity and resilience in a Scottish context.