A Transformational Approach to Justice in Scotland

Scotland is experiencing a significant shift in our approach to helping those in the justice system better understand the impacts of early childhood trauma. We have an aim for Scotland to be the safest country in the world, and we believe we can achieve this aim through Smart Justice. Smart Justice includes tackling the underlying causes of crime and offering people who have committed crime a programme of recovery and support, so that they are better able to contribute when they return to their families and communities. It also means a collaborative approach between health, education, social work, policing, and courts.

We have seen the creation of a new group of ‘Trauma-Informed Lawyers’, who aim to raise awareness of childhood trauma across the justice workforce. They have partnered with The Law Society of Scotland to offer a Trauma Informed Lawyer Certification Course to its members. We have also seen the Scottish Sentencing Council (SSC) recommend “that judges take adverse childhood experiences (ACEs) into account when sentencing young people in a bid to break the link between trauma and reoffending”.

The Scottish Prison Services (SPS) – Prisoner Survey 2017 stated that, “Research into ACEs has often made the link between negative experiences during childhood and incarceration. A study examining the impact of ACEs on a sample UK population in 2015 highlighted that, “the odds of having been incarcerated were 20.4 times higher for those who had experienced 4 or more ACEs compared to those who had experienced none” (Bellis). 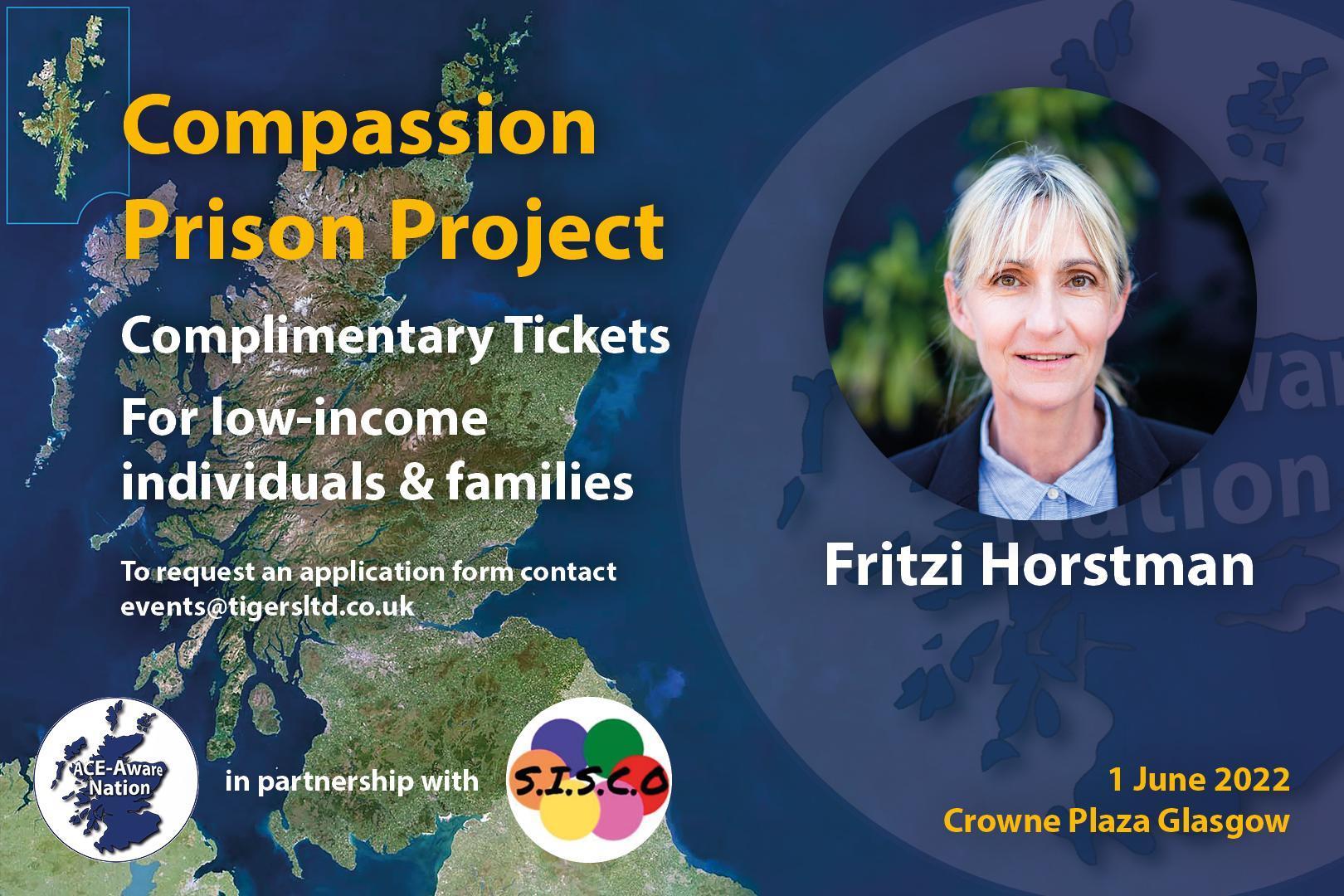 To support our vision for a fair and compassionate justice system in Scotland, and in partnership with SISCO (Sustainable Interventions Supporting Change Outside), Trauma Informed Lawyers and VRU, ACE Aware Nation, we are delighted to announce that we will be welcoming Fritzi Hortsman, founder of Compassion Prison Project (CPP), to Scotland from 23rd May to 3rd June 2022.

Since 2019, Fritzi has been engaging prison residents in her work to understand their own childhood trauma, and by sharing the scientific research that shows the impact of ACEs on the developing brain. She believes “it is urgent to bring humanity and compassion to those living behind bars and these acts will help transform our society”.

CPP has launched their new 12-part video series and workbook programme, entitled Trauma Talks, in prisons across the U.S. and around the globe. California Surgeon General Dr.Nadine Burke-Harris, on behalf of Governor Newsom’s office, joined them in September for the initial launch at Valley State Prison (VSP). VSP is now well on its way to becoming the nation’s first fully trauma-informed prison.

Fritzi also has a podcast series, called “Compassion in Action”, where she has held conversations with thought leaders, in the area of trauma, self-care and compassionate healing, including Dr Gabor Mate, Dr Stephen Porges, Dr Bruce Perry, and Dr Vincent Felitti – one of the co-authors of the ACEs Study.

We are delighted that during her visit Fritzi will be working with Prison Officers and residents of HMP Edinburgh, HMP Barlinnie, HMP Addiewell, and the YOI at Polmont to deliver her Trauma Talks and Compassion Circle. This work will be continued after Fritzi’s visit by the team at SISCO to ensure full completion of the programme across each of the groups within the four prisons.

On 1st June 2022, we will be hosting an in-person conference, at the Crown Plaza Hotel, Glasgow. Here we will have the opportunity to hear about the work of Fritzi, we can hear her initial insights of her work within our Scottish Prison Services, and we may even, ‘Step Inside the Circle’.

We will also hear from a range of speakers including Natalie Logan McLean, CEO of SISCO, Iain Smith, Partner at Keegan Smith Law firm and founder of Trauma-Informed Lawyers, James Docherty, mentor at the Violence Reduction Unit (VRU), and Dr Suzanne Zeedyk, developmental psychologist and researcher. Full line-up of speakers to be confirmed.

This event is open to all organisations and individuals across all sectors who want to understand the impact of ACEs and childhood trauma and to those who have a personal interest to better understand the “manifestations of the dysfunctions of our society” – Dr Gabor Mate.

Sisco is a criminal justice charity building a bridge between prison and the community. For the past 6 years we have been developing and delivering recovery initiatives in partnership  with the Scottish Prison Service offering pathways into the recovery communities prior to release. Our model was developed to oﬀer Multiple pathways to Recovery, housing, social supports and is  fundamental to individuals caught up in the cycle of addiction. We understand that trauma is almost always the root cause of our clients addiction and staff are trained to work in a person centred manner ensuring we nurture their needs and offer them hope and opportunity for the future.

We don’t talk about change, we help those we support create it! 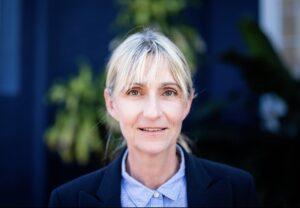 Fritzi Horstman is the Founder and Executive Director of the Compassion Prison Project (CPP) an organization dedicated to bringing compassion, childhood trauma awareness and creative inspiration to all men and women living and working in prisons. With 95% of the incarcerated men and women eventually returning home, Fritzi believes it is imperative that we address the chronic mental health issues in prison with common sense, compassion and urgency.  In 2020 Fritzi directed “Step Inside the Circle” at California State Prison – Los Angeles County with 235 incarcerated men.  The video has reached nearly 3 million views worldwide and has attracted over 900 volunteers to CPP.  Fritzi and the team at CPP are creating a 6-part series entitled “Trauma Talks” to be distributed to prisons in the US and abroad. Fritzi produced HBO’s “The Defiant Ones” directed by Allen Hughes which has garnered several awards including a Grammy for Best Music Film. Her first feature, “Take A Number,” which she wrote, produced, and directed, debuted at the Slamdance festival and premiered on HBO.   Fritzi studied at New York University’s summer film program and received a Bachelor of Arts in Film and English from Vassar College.